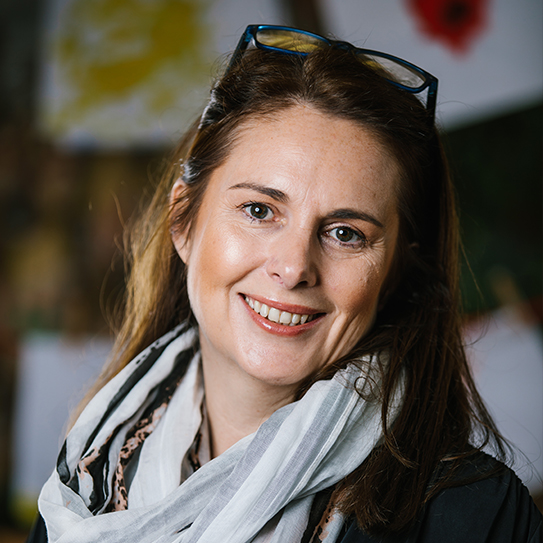 Following a career in accounting and commercial roles at Endemol TV Production and Guardian Media Group Radio Stations, Sarah Bellamy set up Poppy & Jacks after spotting the opportunity to bring a more professional approach to early years childcare.  Regulation was changing and so was the demand for a high-quality nursery group. The market was fragmented, and it was a great time to consolidate a nursery chain in the Northwest, ready for further consolidation along the way.

In 2016, Foresight Group invested in the business, supporting an acquisition trail that saw the chain grow to a group of ten across the Northwest of England.

Recently, Poppy & Jacks was bought by Kids Planet, a large group of over 80 nurseries across the UK.

What made you decide to sell the business?

Being honest, I had always planned to sell the business when it got to the ‘right size’.  After receiving a couple of unexpected expressions of interest in the year leading up to the actual sale, it became apparent that ten was the right number for us and we took the plunge.

The simple idea that buyers would be interested made us look at ourselves through the lens of a buyer. On top of this, COVID had forced us to critically assess and ensure quality was as good as it could be across all our sites. I strongly felt that during such a time we couldn’t afford to let even one spinning plate fall so all efforts were on steering a tight ship and being in control of all moving parts.

One of the upsides of having an equity investor is the discipline it brings and ultimately, this meant that we ended up in good shape and well positioned to sell.

The culture and ethics of the buyer was also a key factor. Poppy & Jacks was something I had created and ultimately represented me as a brand.  I needed to know that it was going to continue to grow and flourish under new ownership, that my staff would also be brought along on the journey and that the families that I had looked after would continue to receive the highest standard of childcare. The buyer already had an extremely strong reputation in the market for providing high quality childcare and a meeting with the CEO early on reassured me that Kids Planet would be the perfect home.

How did you find the process?

It’s really quite a scary situation to be in and I felt quite naïve to the whole experience and hugely reliant on advisors.  Who should I trust, and would they have my best interests at heart?

The volume of documentation required was immense. Not only was it critical to be familiar with all the documents and all the contents but these would frequently need updating so they were a fair representation of the business at the point of sale. It felt like overkill to need such a huge team for the sales process at the beginning (and costly), but it was instrumental to getting the required paperwork completed for the sale to be agreed.

Whilst having advisors – corporate finance, legal, banks and equity investors is great in one respect – it’s nice having people to have difficult conversations on your behalf – at the same time I was aware that different parties had different agendas and I hadn’t appreciated just what an emotive experience it would be.  The advisory team worked nights and weekends to send information backwards and forwards so to match the communication I had to work those same hours too. The good news is it was a very short window though and from agreeing the offer to completion it all happened in just 2 months.

I had read a book ‘Buy then Build by Walker Deibel’ which had a real impact on me in terms of being honest to myself and others about what I was and wasn’t prepared to compromise on and this helped me enormously to find the confidence to insist on certain parameters - such as capping warranties and indemnities.  I worked hard to ensure that my agreements were exactly that and that people were clear that I wouldn’t be moved on certain fundamental issues.

What were the highs….

Finding the right home for my business was a high. So was having a buyer confirm to me that what I was selling, was what I believed I was selling, in terms of the quality of people and processes I had put in place in order to grow a successful business.

It was also rather lovely to wake up the morning after the sale and not need to answer my phone or check my emails.

I would be lying if I said the sheer volume of work involved wasn’t stressful. Continuing to run a business in the shadows of a sale can be challenging especially when you want to make a great job of both.

Something I wasn’t expecting was the low of the actual completion day. I was expecting to feel a buzz or a high to get to completion but in actual fact it was a little bit numbing and I felt emotional about it.  Telling the staff was also very difficult.

This has made me realise that although it’s great to make money, achieving against my own personal values is as important to me.

Having been through this process once how would you define what success should look like if you were to do it again?

Success at the beginning is about work life balance and control but it quickly evolves to building a successful team around you.

As you move through the journey, success becomes about the team and their achievements. In the growth stage it’s about strong communication and resilience to protect your company’s ethics and values. A focus on a few core KPI’s, watching those grow, ensures that the team stays on the same growth journey, and you can collectively celebrate success along the way. The quality of the product offering has to be core to the success - as that is the passion driver and without it the team stands still.

When this works through to a sale it’s about ensuring the team are empowered and can carry on without you. To get to a successful sale you need to feel confident in your own personal success as that is what allows you to move onto the next chapter.

What advice would you give to others thinking about selling their business?